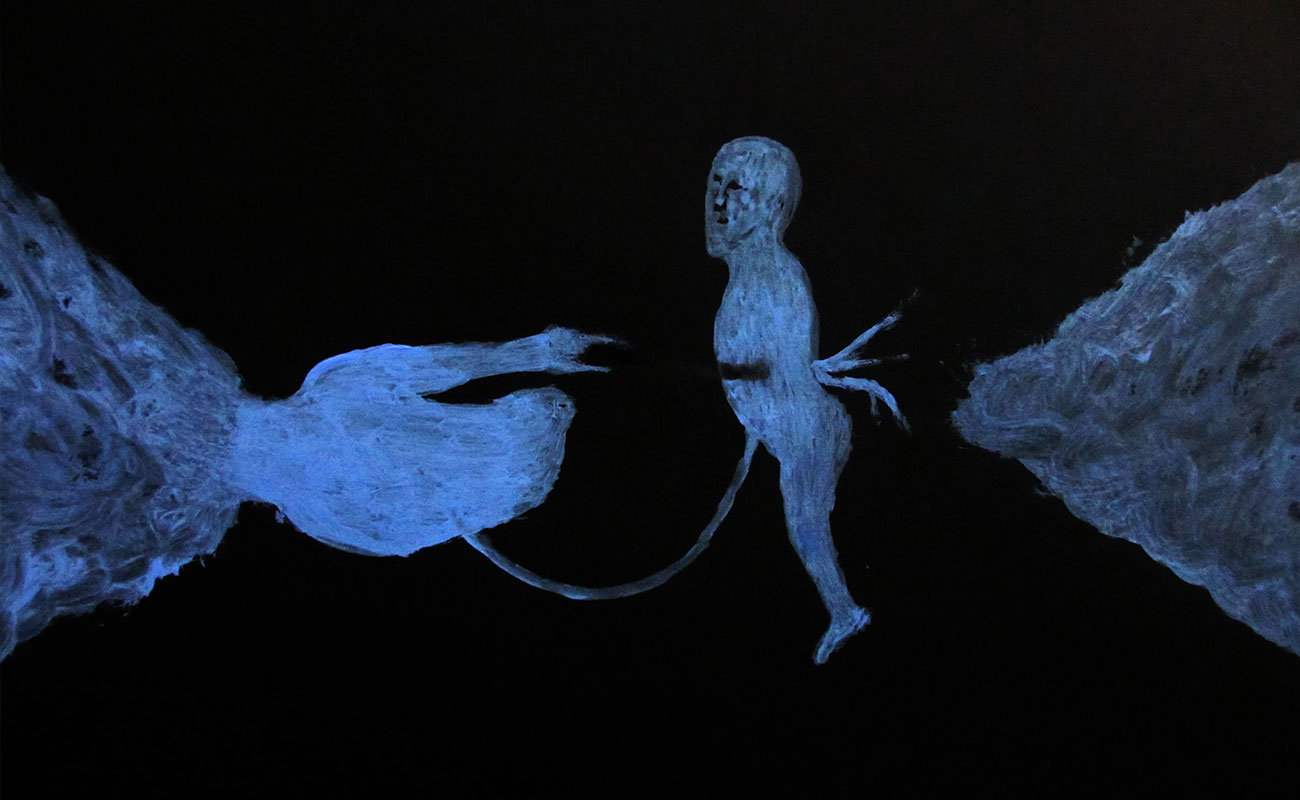 By Angela LiJanuary 2, 2023No Comments

I have been creating art for more than twenty years, and my style has evolved over time from abstract creations to darker works characterized by contemporary expressionism, to my current approach inspired by the fantastic tale.

Arnaud Martin is a self-taught painter and poet who has devoted over two decades to refining his artistic craft. In addition to his creative pursuits, he works at a social center in the suburbs of Paris, where he organizes events and neighborhood actions with local residents and associations. Martin’s diverse experiences and passions have undoubtedly contributed to the unique perspective and voice he brings to his art and poetry, as exemplified by his collaboration with Emiko Ota and Julien Omeyer on a CD featuring one of his poems set to music.

He has been immersed in France’s rich cultural heritage from a young age. Growing up in a city like Paris, with its abundance of cinemas and art galleries, has undoubtedly had a significant influence on his artistic sensibility and interests. The French art that he finds most captivating tends to be marked by sensitivity, poetry, and a melancholic undercurrent, qualities that are evident in the works of writers like Proust and Modiano, painters like Monet and Garouste, and filmmakers like Eustache and Garrel. These artists have shaped his understanding of what it means to create art that is meaningful and evocative, and their work continues to inspire him as he pursues his own artistic endeavors. Overall, being from France has had a profound impact on his work, as it has given him the opportunity to engage with a diverse range of artistic traditions and influences that have shaped his creative approach.

Exploring the Unconscious and Nature Through Contemporary Animism

Martin’s art centers on the concept of contemporary animism, featuring hybrid beings that merge human and animal elements in surreal, abundant environments. This reflects his interest in reinventing a mythology based in the unconscious and informed by ancient, pagan traditions. At the core of his art is the human experience, often depicted as one of longing and connection-seeking. The natural world also plays a crucial role, with trees, plants, and other earthy elements symbolizing our innate connection to the earth and nature.

While Martin may not have formal art education, he is driven by an innate sense and a desire to express himself spontaneously and authentically. His artistic style is raw and unadorned, as he aims to convey the essence of his vision without being restricted by technical limitations. However, he also values aesthetics in his work and strives to create visually impactful pieces. He finds inspiration in a wide range of artists, including Bosch, Redon, Bacon, and Blake, whose unique styles and imaginative visions have influenced his own artistic journey.

Arnaud Martin’s primary source of inspiration is within himself and his own creative impulses. However, the works of other artists serve as a constant source of inspiration and fuel his desire to create art that evokes emotion, provokes thought, and leaves a lasting impression on those who view it.

Throughout his artistic career, Martin’s style has evolved significantly. Initially, he focused on abstract compositions with vibrant colors and emerging figures and forms. As he honed his craft, he delved into darker themes and produced large-scale black and white pieces influenced by contemporary expressionism, which addressed the memory of the body and the effects of early trauma. Recently, he has inclined towards a style reminiscent of the fantastical tale, incorporating elements from various practices and genres to create a diverse body of work. He rejects the idea of being confined to a specific genre or style and instead embraces the freedom to explore and evolve as an artist.

It is natural for Arnaud Martin to feel a sense of pride and satisfaction with every piece of work that he produces. However, there are certain series of works that stand out in his mind as being particularly meaningful and successful.

One series that he is particularly proud of is a set of eight paintings that explores the theme of identity and self-discovery. These paintings were inspired by his own personal journey of self-exploration and the process of finding his own voice as an artist. The series was extremely challenging to create, as it required him to delve deep into his own emotions and experiences. However, the end result was a set of paintings that he feels truly captures the essence of who he is as a person and as an artist.

Another series of works that he is particularly satisfied with is a set of ten paintings that focuses on the theme of nature and the beauty of the natural world. These paintings were inspired by his love of the outdoors and his desire to capture the majesty and wonder of nature in his work. The series was a true labor of love, as he spent countless hours researching and studying the various elements of nature that he wanted to depict in his paintings. The end result was a collection of works that he feels truly captures the beauty and wonder of the natural world.

The Meaning and Success of Martin’s Artistic Endeavors

Overall, while Arnaud Martin is proud of all of his works and series, these two particular series stand out in his mind as being particularly meaningful and successful.

He has always dreamed of finding a dedicated space where his work can be exhibited and appreciated by a wider audience. A beautiful gallery, perhaps located in the picturesque and culturally rich country of France, would be the perfect venue for showcasing his creations to the world. To have a few collectors who are willing to invest in his art and support his creative endeavors would be an added bonus, as it would allow him to focus on his craft with a sense of financial security and artistic freedom. Ultimately, the realization of this dream project would not only bring him a sense of personal fulfillment, but also the recognition and validation that every artist strives for. It would be a true honor to have his work featured in such a prestigious setting, and he is eager to continue striving towards this goal.

Art can be a powerful source of self-expression and personal fulfillment. The process of creating, whether it be through painting, writing, or any other artistic medium, can be incredibly liberating and allow us to tap into our innermost thoughts and emotions. The satisfaction and joy that comes from successfully creating something that we are proud of and that resonates with us can be deeply fulfilling and help to enrich our lives in a number of ways. Additionally, the discipline and dedication required to hone our skills and continually improve as artists can have a positive impact on other areas of our lives, such as our ability to focus, problem solve, and persevere through challenges and setbacks. While the journey of an artist is not always easy, and may be filled with moments of disappointment and self-doubt, it can ultimately be a deeply rewarding and enriching experience that helps us to grow both personally and creatively. 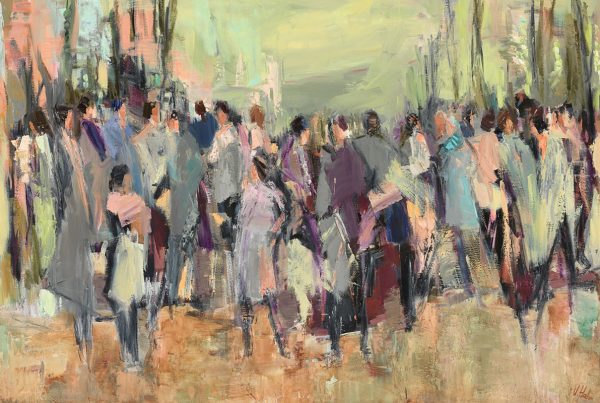 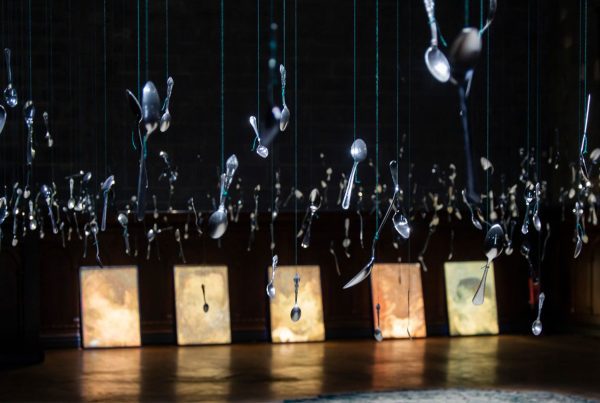 Guido Nosari: The Intersection of Body and Self through Art 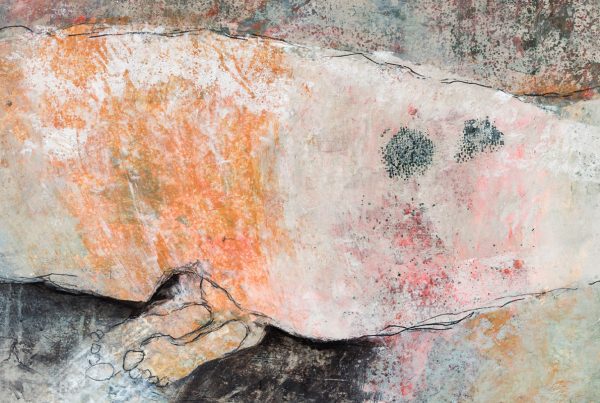 Would you like to be featured on our website?
Don’t be shy and reach out to us, let’s make it happen!